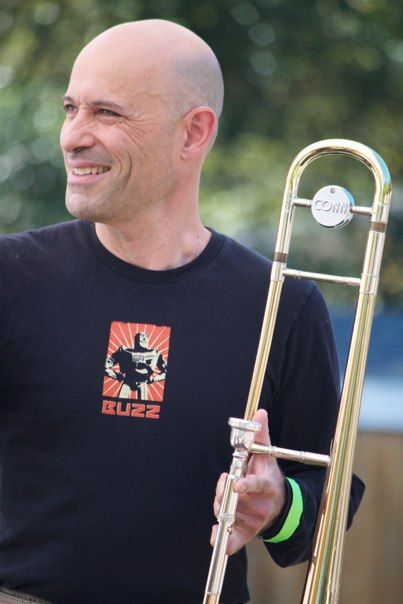 Outside at the Tayelet next to the Etzel Museum, Tel Aviv, Israel

Free event for anyone to join in the singing and/or playing instruments with the circle.

The Hub at Nefesh b Nefesh

The Hub at Nefesh b Nefesh , 76 Rothchild, Tel Aviv, Israel

"Perkoff is influenced by J.J. Johnson and is a chordal-based bop soloist at heart, but his improvisations are unpredictable and are free of clichés. He held his own with Roswell Rudd in his previous record Monk’s Bones, and he excels with his modern mainstream quartet. "Infinite Search" should result in Max Perkoff becoming better known and rated high among modern jazz trombonists." - Scott Yanow, Los Angeles Jazz Scene

"His tone and facility are of the first order, and he deserves a place among the trombone elite." - John Gilbert, ejazznews.com

"The Max Perkoff Band is a tight outfit. They lean into each other, read emotion and movement, and come up with a cohesive musicality that evolves in several styles. At the outset they find their reckoning in a bop beat in “New Life.” The tune is enough to make one salivate for more and the band does not disappoint....Perkoff shows his lyrical side on the piano as well, his notes flowing with gentle, rippling passion." - Jerry D'Souza, allaboutjazz.com

"The horns (usually with one muted) are like a pair of lovers that moan, quarrel, or sing in harmony. There’s a sense of wit and style, done with impeccable musicianship and an emphasis on maintaining the essence of Monk, but also creating music that feels good." - Mark Turner, allaboutjazz.com